The back plate on the new dividing head is stated as 1 1//2" - 8 thread.  I decided I needed to make a stub to hold it.  My stub thread is 1.484" in diameter, the thread on the head is 1.494"  I missed the pitch diameter for a 2B thread by -0.002".  I figure that's pretty good, since I haven't single point threaded anything for quite some time.  This shaft threads into the chuck back plate about three threads deep.  I was going to use it as a way to remove the chuck off the plate.  It's pretty tightly on there.  The raised boss on the plate is a press fit on the chuck body I guess. 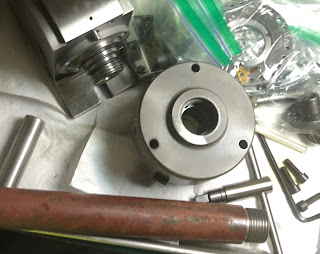 Instead of striking the stub, I'll unscrew the three cap screws a quarter turn and tap on them to release the chuck.  Then, I'll thread some holes in the back plate to push the chuck off next time.

I left the screws a little loose, then tapped them with the brass hammer.  it popped the chuck off quickly and easily. Now to disassemble and clean it.  It seems very tight compared to my other ones. 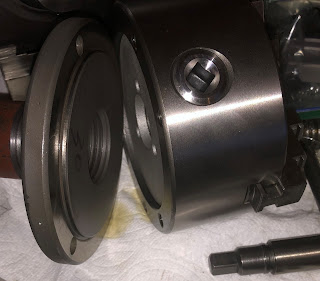 That Sheldon lathe is rigid and powerful.  It walked through that 1 5/8" steel rod like it was nothing.  Only took slightly more than an hour to make that part.  I'm impressed with it yet again.  And the lard based cutting oil leaves such a nice finish, it's worth the added mess.  Smells weird when it smokes, but I can live with that (I hope).

I was starting to believe I was just a piker at best.  But you can buy better accuracy and finish.  I was past using the LeBlond, I need the Sheldon to make quality parts.  Graduation present?  Not tooting my own tooter, but I think I have gained some skill since I first started.  I envied the work that Spartan, Mr. Pete and others can do.  A quality tool makes the difference.  I don't have the experience to fix a really bad machine to make quality yet.  Maybe there is time to learn that too.

I had to go to the Beg City two days in a row this week.  We are doomed.  I used to drive there every day.  I either have gotten waaaay out of practice or drivers are worse now.  There is wholesale "me-first" on the highways.  Multiple accidents kept me in town for nearly an hour more than needed as I navigated to get O-U-T.

Cutting into slow exit lines was always a thing, but the reckless abandon now is a bit frightening, and new to me.

The swerving into and out of traffic only happened occasionally, but it was every where this last week.

I didn't get there too early either time so it wasn't the rush hour.  Crazy times.  Should I make a ram for the front of the truck, maybe hang some old tires around the sides like a tug boat, and put a long spike on the back??  Maybe folks would stay away if I looked like a horned caterpillar. 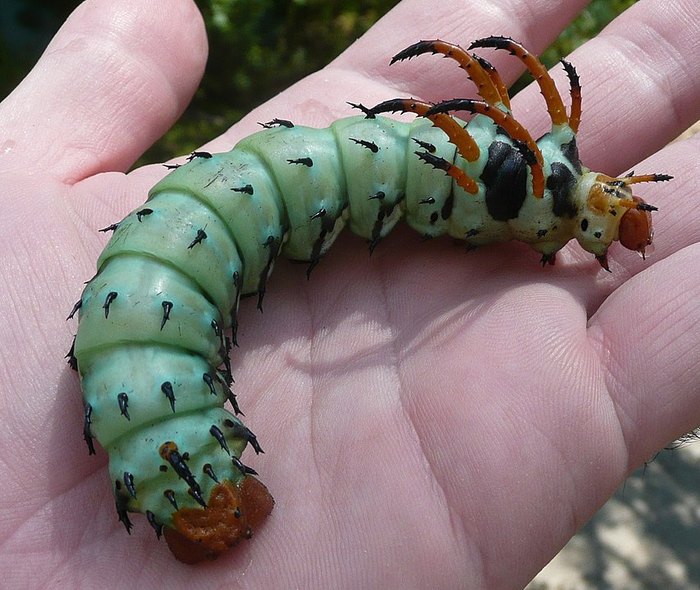