Well, I have no qualms about updating the three loyal readers of this blog.  But I'm a bit hesitant to just raise my skirt in public so to speak.  So, I plan to dust off the mimeograph and crank out a newsletter...

If you are interested, and have posted here before, I'll send it to you.  Just include a SASE.  Or you can send me an email and I'll fwd it back.  Strictly an offline / online email kind of thing.  Email will come from budgetmachining at proton mail dot somesuch.

Comments to this post will be a poll of sorts.  If any one wants it, it'll happen.

Thanks for stopping by.

PPS Someone said they were up for it.  I need to tighten it up, but it'll be ready in a day or three.  Thanks for the interest.

Harsh news on the home front.  It has been keeping my mind preoccupied.  Sorry about the lack of new stuffuss.  Preparing my mind for the next steps.  Steps I've never even considered or wanted.  On this, I had no plan B.  May God be merciful to me. 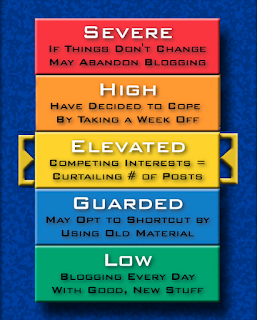 I surround myself with pictures of men that I remember reading about, men that lived lives worth emulating. 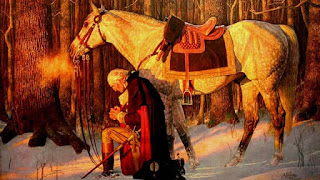 Some of you guys that come by to visit, I read what you write on the webz, and I take courage from it.  Know this, that if no one else cares about what you say, I do.  Most of you are brothers, friends I've never met.  Men that live lives that, at least parts of if not most of, are worth emulating.  Folks that I wouldn't mind meeting.... well, once anyway!  Don't want to promise too much...

Last year was a tough one.  This one has a looming shadow that I can't seem to shake loose from.  I understand the image of the hammerfall now.  Waiting....

Working on hope for the future.  Preparing for major changes in my orbit.

Thanks for caring enough to come by and visit.  I have a tonne of stuff to edit and put up....  Finding the umph has been... difficult.

Side note:  did you know that this was prayed for you?   I did.  I needed to hear it again, too.

For you guys that live way up north I thought I'd send you a warm, sultry greeting from down here in south Texas.  I pass this spot a few times every week.

It sure is a pretty place. 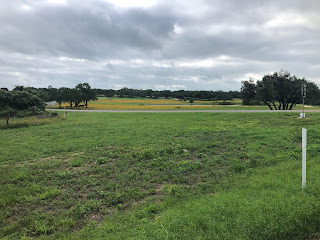 Down here, it feels like working in the Jolly Green Giant's armpit.  Or a nice, wet, wool blanket on hot asphalt in direct sunlight in Death Valley in August with some joker steam cleaning you...

I think every wrinkle I've ever had has been steamed out.  I probably look younger than ever.

I may send a note asking when I can come visit.  This is getting ridonkulous.

I have been busy....  Didn't realize how busy until I saw it's been a couple months since posting.
Posted by STxAR at 5:51 AM 7 comments: