I started working on the small workshop drill press back in June.  Needed it for some specialized work.

One of the things I found was the return spring was yuk.  I bought some new ones off Amazon.  I mean really.  It took me too long to figure that out.  Instead of a 1/2 inch think truck spring that was on there previously, I ordered some skinny ones that fit it perfectly and work fine.

After that was done, I went to work on the stupid little pointy pins that hold the top slide (compound) on the cross slide.  First one wasn't too much work.  Second one though....  1/8 inch drill skated off to the side.  I put a tap in the hole.  Gripped it with the chuck, and gingerly tightened the clamps down to the angle plate. 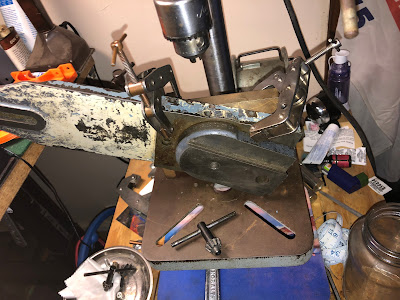 That lined it up enough... the letter D drill didn't scrape out the threads.  I  drilled it down a ways.  Then, I went again with the 1/8 inch. 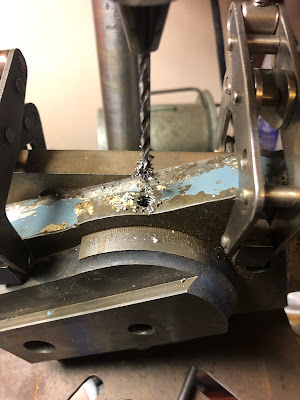 The easy out would pull loose every time I worked it.  I finally got the bugger out enough to let me get to it with a small tweak-type screwdriver from the bottom side, where the tapered plug lives.

FINALLY got it worked back enough to remove the compound.  I had to push the pin through to the inside to remove it.  It was just a couple thousandth's smaller than the threads in the hole.  Sakes, what a mess.  But it's done. 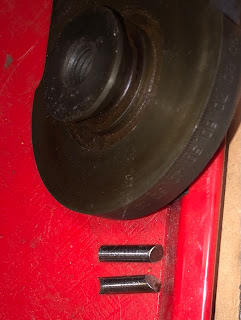 Now, make some new ones.... clean, oil and assemble.  Should have a taper attachment running on the Logan shortly.  I'm thinking about using the other compound for a milling attachment.  Maybe. 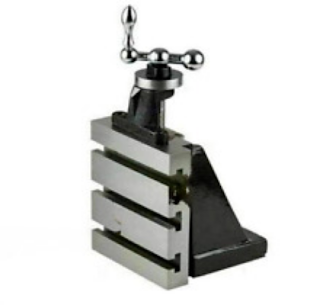 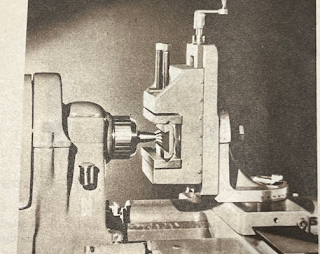