Do you know about the Chant?  He's on the side bar.  He started a series this week, might be short, might go awhile, who knows.  But it struck a chord with me.  It's a subject I was intensely interested in back in the late 70's early 80's.  It started a life long search for information and skill.  It is as much a driver for my desire to be competent at all the mechanical things I know as anything else.

It was a MAJOR milepost when I saw Red Dawn at the theater.  I was already reading the paper every day, watching the invasion of Afghanistan by the USSR.  The premise of the movie seemed entirely possible. It opened my eyes to where I lived as a possible battle field.

The US military at that time were barely coming out of the deep depression of the abandoned victory in VietNam that the Nixon resignation had precipitated.  The abandonment of our treaty with South VietNam upended the victory after Linebaker II demonstrated our ability and prowess.  11 days to cripple an enemy the previous administration just farted around with.  Prowess that at least, once an utterly corrupt president quit micromanaging the war for the benefit of his patrons.  It also showed how ignorant AF brass had become with the political task masters they had previously.  It should be pretty familiar reading as it mirrors the same political party's latest international abandonment / terrorist resupply mission.  I wish we could just look back and learn something from the past once in a while.

OAFS story sparked some thing in me, and I had to write it down, so it would leave me alone.  It's below the fold if you care to sample it.  It may be some lumpy oatmeal, it might pique your interest.  Let me know either way.  It's hard work.  And what OAFS did with the D-DAY serial was some real hard work.  Just the amount of effort that went into this little short story proved that to me.

Edit:  Potentially Disturbing Content Below the Fold.   To the combat vet that this hit too close to home too: I am terribly sorry that I didn't think to post a warning.

“I don’t know Sarge, I don’t like it.” The scout was whispering after exhaling most of his air out to be as quiet as possible. Things in the AO had been spicier than they were expecting. 300 yards away, almost on the same plane, a light tactical vehicle was in the ditch. It’s bed high up in the air on one wheel, while the cab was down almost at knee level. There were skid marks on the light paved road.  The left front must’ve blown out. But there was no odor of explosives or evidence of a trap. Casualties were around the truck but this just felt wrong. The sun had faded, and most of the light was deepening purple. The flat land around the truck was featureless. Like a table cloth with grass just barely a foot high and browned by the heat of the late fall dry spell. The LTV was on a slight rise, and the road was a few feet above the surrounding terrain.

“Me either, but we have to check it out. Graves registration was due back a few hours ago. There has been no contact since 1750.  They are overdue. What are those 5 little fires private?”

“Looks like some small pots, grandad told me about smudge pots they used as flares back in the old days… Kinda looks like what he described. I see one guide strip hanging but the rest are those pots. Maybe they ran out of real flares or guide strips… They are around the site where the strips normally go.”

“Okay, lets move up… slow and quiet.” The 5 men advanced while the other 4 provided flank security and overwatch. They had heard about the ambush up country a day or so ago.

After surveying the scene, it was apparent that graves registration had been onsite. The bodies were laid out in order, covered per regulation and a tag in every right bootlace with the name and rank of each KIA. Two sand buckets with shovels were the proper distance from the makeshift flares. Someone knew their fire watch. Definitely a squared away graves reg op, but where were they?

Without much more than a wispy “pffft”, the silenced PCP air rifle that Clayton’s dad gave him last Christmas spoke. The glass “flare” in the middle errupted into an expanding fireball! The two closest men from the patrol burst into flame! Sarge moved quickly to the nearest sand bucket and threw it onto the burning, screaming men. The bottom third of the sand, soaked in gasoline and diesel, ignited two more men, and sealed the fate of the first two. Other flares errupted, bathing the accident scene in errie dancing shadows that provided confusion to the already chaotic mess. There were no targets to see through the black smoke. Nothing but two roasting men, twisting as they cooked, and two others trying to roll out their burning uniforms while Sarge stood transfixed by his lethal attempt to assist. What had just happened was too hard to comprehend, and he just stood there, clanked up, motionless.

“Worked a treat, Clayton. Just like we figured.” The two shadows eased back down a little crease in the terrain. The fold in the field wasn’t discernible until you were on top of it. They had constructed a small fan of dead grass with a painted space blanket behind it. That allowed them to mask their retreat… Just more dancing shadows, oozing like ink into the deepening night….   “Linky, you did good on that spotting scope. I wasn’t sure we could make a shot that far. I wish dad had been here to see that. I think he’d have been surprised.” Clayton’s dad had disappeared after being arrested several weeks back.

The first ambush from Troop 409’s oldest Eagles was in the books. They spent 3 days bellying back to home plate. And Scott, their scoutmaster with the missing leg and eye from his tour in OEF, debriefed them and drew up the AAR for the next training session.

The scouts had done an excellent job and exited as planned. They knew nothing of the rest of the action. Compartmented knowledge was vital to the operational security of this tiny, motivated group of irregulars.

As the 4 men of the rear security detachment stared at the flickering fire, the black silhouette of the sergeant was stone still against the slowly dying flames.

The pincer move by the irregulars rolled up the security detachment without a shot, and they left with their prisoners as quickly as they arrived. Moving off the line of the military squads approach, the team hustled the captives as fast as they could move them. 500 yards farther, a large patch of wild plum bushes created a natural boma. The men were pushed into the middle of the bramble through a curved path. Rapidly, the prisoners were relieved of their uniforms. Those were sacked up and carried off. The two irregulars tasked with the intelligence portion of the raid quickly identified a likely man, and they moved off with him. That left the three unfortunates and the last of the snatch team.

“You know, if they’d let us operate like this in the valley back in Helmand, we’d have rolled up the resistance in a couple months.” Henry had been 10th Mountain, 7th BCT during OEF. The snatch team were all ex- servicemen. Most had seen multiple tours. “Yup… I separated after my tour in ‘09, after the 172nd hand-jammed their reports and stayed at the COP for their last 4 months, I figured I was on borrowed time. Didn’t figure I’d see this mess so close to home, though.”

Miller’s Well had been dry for decades. The water table had lowered after the irrigation wells were installed in the 40’s. Everyone around had warned their kids, “Don’t uncover the dry well at the old Miller homestead.” Playing in the field, and picking wild plums with their folks had been a natural pastime in the years leading up to….. this.

The three prisoners were drugged and severely injured by the drop into the dry well. The fall was padded by the graves registration team that were lying on the bottom. Their tour was over. The stars disappeared as the tin was replaced and the dirt spread back over it. 60 minutes later the team was past the shelter belt 2 miles west, and scattered to the winds. Monitoring their back trail added days to their return home.

The intel guys had a man. Hopefully, he’d have information about that three truck convoy that was seen heading towards the camp. Helicopter escorts were not that common out here, and questions had to be answered. Any other information they could find out was gravy. 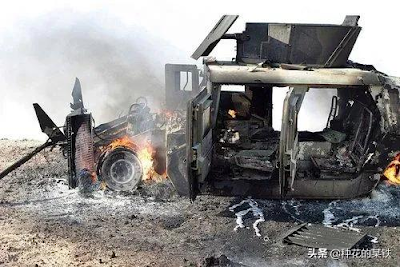